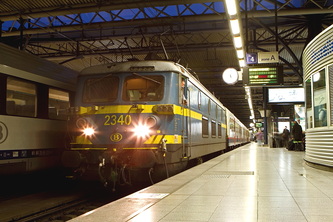 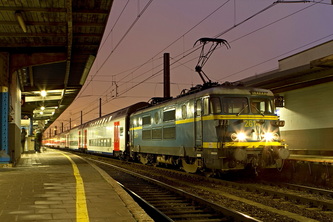 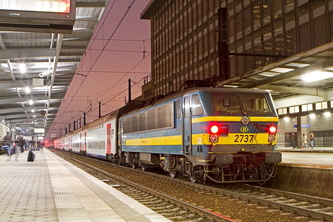 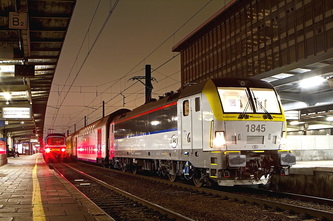 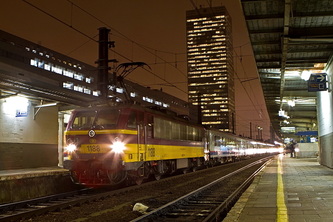 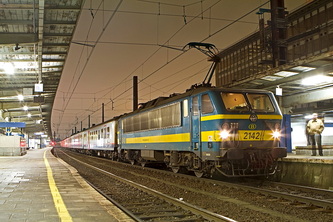 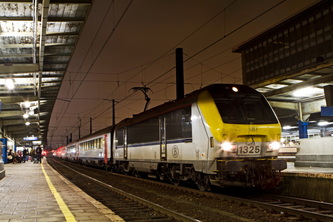 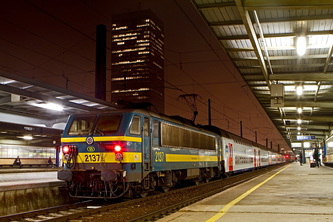 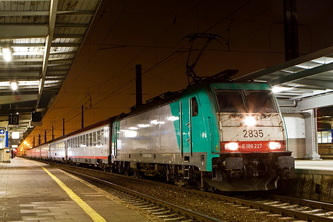 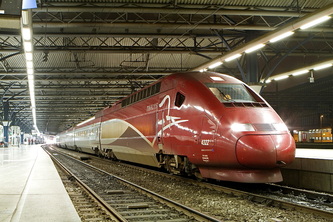 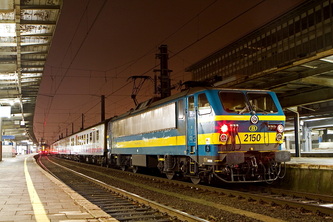 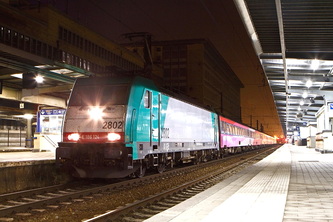 After a manic evening runnin up and down staircases to get in position for the shots, I retired to the Ibis for some food and ale.  Up not so early the next day and more manky weather!  So - more bashing!

I bailed at Antwerp for a look round the city and very nice it is too!  Snapped a tram on my walk back to the station as well! 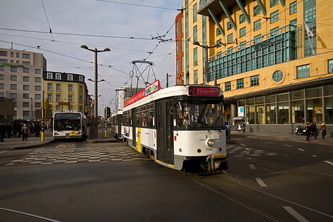 Onwards to Holland for where I also had coupons

At Rotterdam, the announcer was gleefully tellling everyone that no FYRA supplement was payable today, and as I fancied a look at Schipol before dusk fell, that seemed like a good idea! 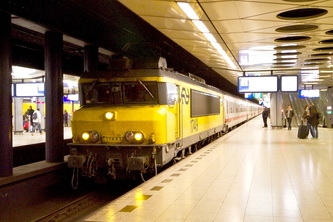 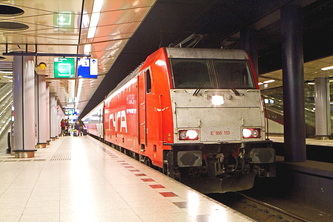 With dusk having fallen, out came the tripod, which duly broke, so I was grateful for my back-up tripod - my trolleycase!  It's surprisingly steady too with several images being taken on ISO100 with the associated 20 second shutter speed! 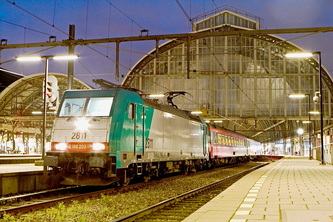 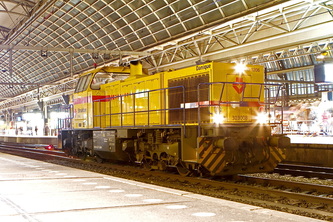 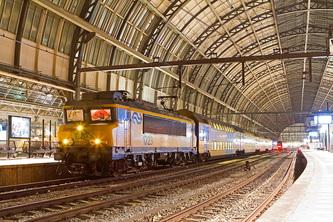 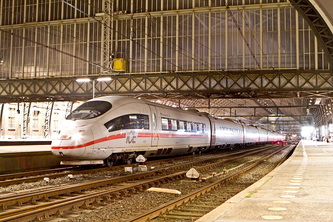 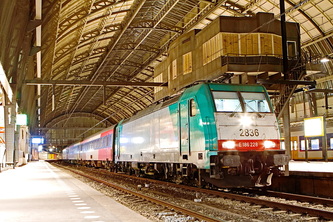 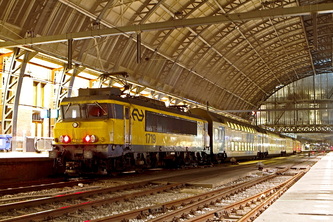 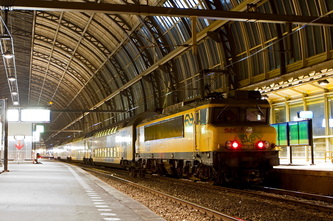 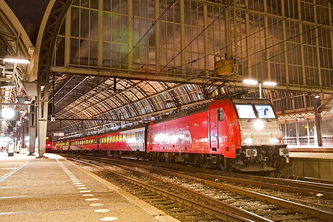 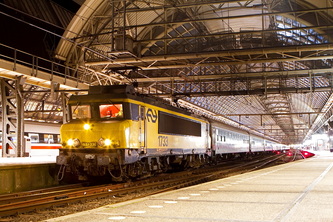 My hotel for the night was the Park Plaza at Schipol which Hotwire had provided for me at a knockdown price.  Back to Schipol on a rancid unit then to await the shuttle bus!

Sunday 27th November dawned gloomy, but I spent most of the morning at Schipol clearing off my KLM long-haul needs, and wagging the somewhat rare Glock Ce750 OE-HGG, much to Steve Hay's disgust!  After all that excitement, it was off on the bash, and FYRAs were supplement-free once more.  This took me to Breda where an old Fokker 100 plane is dumped in a scrapyard near to the railway.  Nice way to kill two birds with one stone!

The Koplopper was a small minus for the Brussels Midi train.  No problem I thought - they are always late.  Wrong!!!!!!  This one left on time:-(  So, faced with the best part of an hour at Roosendaal, I did:

1712 Roosendaal-Bergen Op Zoom (for the inevitable UNIT back)

I then fotted a 17 in the sidings 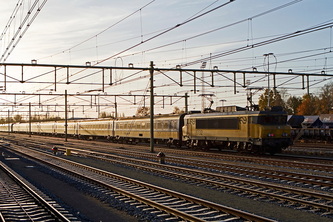 Back to Midi then for a few snaps and a meal: 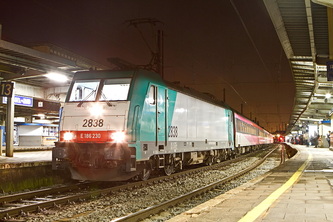 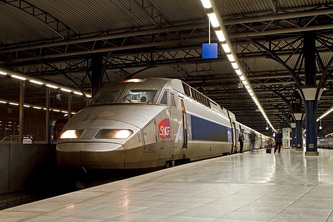